In 1998, as part of the downtown revitalization efforts, a committee of three Elloree citizens investigated the possibility of building a museum. The Town of Elloree provided a building on Cleveland Street for the fledgling project. Today, a 10,000 square foot museum showcasing rural life of the past is a testament to not only this committee, but to the entire community. The museum is managed with one paid staff member and a host of volunteers. 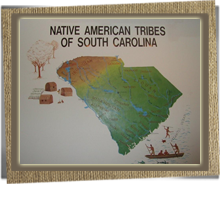 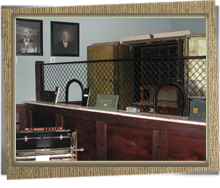 On October 5, 2002, the first permanent exhibits housed in the Farm Wing opened to the public. In November 2004, the second phase of the museum’s exhibits and galleries opened. On the first floor, the Town of Elloree exhibit area features a series of life-sized dioramas that interpret Elloree’s commercial district during the period 1900-1920. On the second floor, a large changing gallery provides space for art shows and traveling exhibits. An archaeology exhibit tells the story of early Native American life along the Santee River.

The museum divides its collections into four main areas that cover the period in eastern Orangeburg County history from Native American settlement to the present. The major collections deal with the period 1886 forward and correspond with the founding of the Town of Elloree.

In 2002, the Elloree Heritage Museum & Cultural Center was the recipient of an Award of Achievement from the South Carolina Federation of Museums. The museum gained additional recognition in 2003 when it was selected to be an official Discovery Site in the South Carolina National Heritage Corridor.

The museum's latest award was presented in 2009 by the SC Association of Museums to Becky Ulmer, Pat Holman, and Dr. Bob Holman, the three Elloree citizens that led the effort in establishing the museum. 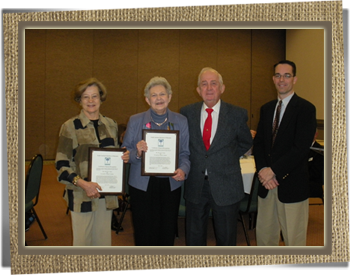 The South Carolina Federation of Museums has chosen the Farm Wing of the Elloree Heritage Museum & Cultural Center, Inc. to receive its Achievement Award.

In recognition of excellent utilization of resources and professionalism by the founders.